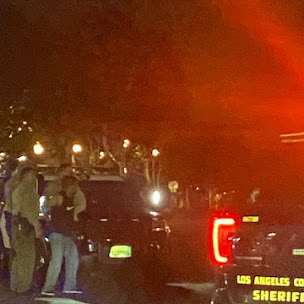 On June 7th, a Vanguard Protection Patrol Officer assigned to the Santa Clarita beat area was driving south along Railroad Ave approaching Market St. As he approached the intersection he was flagged down by an elderly man who claimed that he had just been assaulted by another male subject armed with a metal pipe. The victim stated that the subject was now in a parking lot behind a building just north of the intersection, swinging the pipe around and threatening bystanders. The Officer turned his patrol vehicle around and entered the parking lot, observing a male subject sweating profusely, screaming incoherently, threatening bystanders, and smashing the assaulted victim’s belongings with a large metal pipe. The Vanguard Officer notified the Los Angeles Country Sheriff’s Department and advised them of the situation.
While waiting for assistance, the Vanguard Officer kept the victim safe and established a perimeter to prevent bystanders from inadvertently wondering into the parking lot. Deputies arrived a short time later and while attempting to establish verbal contact the subject. Without warning, the suspect charged towards the deputies causing them to deploy physical restraint tactics to disarm him and take him into custody.