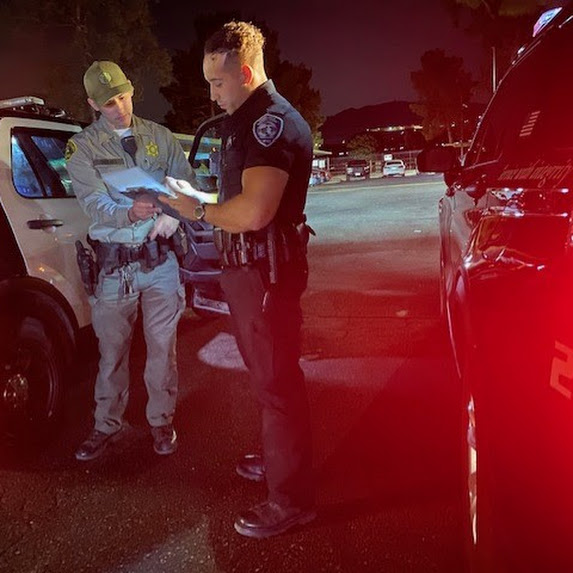 Recently a Vanguard Protection Patrol Officer assigned to the Canyon Country patrol area was conducting a patrol of a client property near Soledad Blvd. and Vilna Ave. He observed a subject known to have been involved in prior criminal contacts on the property, and stopped to speak with him. Upon confirming the suspect’s identity and seeing a signed arrest warning in our database, the officer made an attempt to place the suspect in custody. However, while placing the suspect in handcuffs he broke the Officer’s grip in an attempt evade arrest. The suspect then attacked the Officer and during the struggle, he attempted to remove the Officer’s service weapon from its holster. The Officer utilized defensive tactics taught to him during his Vanguard training program and was able to block the suspects attempt and after a brief struggle, was able to subdue the suspect and place him in handcuffs.

During a search of the area near where the suspect was contacted, Officers found a claw hammer and a large grocery bag containing over one pound of marijuana. The suspect was later transferred to the custody of the Los Angeles County Sheriff’s Department pending prosecution on criminal trespassing, assault, and battery charges.